Broccoli or cauliflower production technology is described below soil and climate Cauliflower and broccoli have almost the same climate. However, the range of environmental benefits of broccoli is a little wider. However, compared to cauliflower, it can withstand higher temperatures and drought. Broccoli grows best at a temperature of 15-25 degrees Celsius. In our country, there are no free varieties of broccoli.

Find the below Broccoli or cauliflower diseases & solutions:

In case of this disease, the leaves turn yellow. In more attacks, the tree did not bear fruit. Integrated suppression management: Keep the field clean. Keeping used agricultural equipment sterile. Remove the affected tree. Do not replant broccoli on affected land. Sow seeds early. Use a balanced fertilizer.

In case of this disease, small spots appear on the leaves. The spots are covered with a water-wet ball. With more attacks, the leaves dry up. Integrated suppression management: Keep the field clean. Keeping used agricultural equipment sterile. Spray Ridomilgold with water at the rate of 1 ml./l. Sow seeds early. Use a balanced fertilizer.

Pest and pest management Sarui Poka or Diamond Back Moth:

In the attack of this insect, young leaves, tips and shoots are eaten and destroyed. Eating the upper skin or green part of the leaf gradually causes those parts to become scaly.The affected leaf looks like a web with no green color. In a widespread attack, the leaves dry up and die. The attack of this insect is more observed in the growing part of young trees. Infected broccoli becomes unfit for consumption. Broccoli or cauliflower production can be greatly reduced by their widespread attack.Control measures: After harvesting, burning the crop residue and then plowing the land well. If you catch and kill the affected leaf beetle 2-3 times, this insect can be suppressed to a large extent. Ants and spiders eat worms. The eggs of many types of worms such as Trichogramma, Cotesis etc. destroy the worm. Bacillus furinagiensis (Bt) can be used to control this pest. Survey the land and if necessary apply an approved pesticide.

Jab insect is one of the major insect pests. In both juvenile and adult stages, it eats the sap of new shoots, leaves, flowers, fruits, etc. in groups. As a result, the leaf becomes deformed, growth is disrupted and it often looks curled downwards. The jab insect secretes a kind of honey-like juice through two tubes located on the back of the body. In this juice, a kind of orange-colored fungus called Sutimold grows on the leaves and stems. As a result, the green part of the tree is covered and photosynthesis is disturbed. In cloudy, foggy and cold weather, the breeding of jab beetles is high. However, if there is a lot of rain, their number decreases.

In the seedling state, the attack of the katui insect causes extensive damage. This insect usually damages seedlings. During the day, cuttlefish worms hide in soil cracks, soil mounds, and litter. The insect comes out at night and cuts the broccoli plant. If you dig the ground near the cut trees in the field in the morning, you can see the worm of the cutworm. As the number of broccoli plants in the field decreases due to the widespread attack of the cutworm, the yield also decreases.Suppression measures: In order to suppress the insects, the soil at the base of the cut fodder should be dug up in the morning and the insects should be killed. Catworms can be collected and killed at night with a torch or hurricane. When you irrigate the field, the worm hidden under the soil comes up to the surface. As a result, birds easily catch them and can be killed by hand. This insect can be controlled with poison bait. As a bait, 2 grams of Sevin/Carboryl 85 WP or Padan 50 SP per cent should be mixed with 400 grams of wheat or rice bran in sufficient water to make a bait that can be spread by hand. If this poison is sprinkled at the base of the seedling in the affected field in the evening, it is easy to control the caterpillar. If the infestation is high, an approved insecticide should be applied.Control measures: To control the disease, it is necessary to provide balanced fertilizers and regular irrigation. Appropriate cropping. Seedlings should be planted at the right distance. An approved fungicide, such as mixing 20 grams of rovral in 10 liters of water, should be sprayed every 10-12 days. Other problems and solutions Apart from this, the lack of boron causes brown rot disease. It can be remedied by applying sodium borate at a certain rate. Whiptail disease occurs due to lack of molybdenum, so this problem can be solved by applying sodium molybdate at a certain rate. 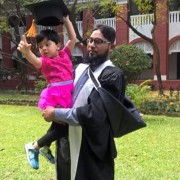